Our industry lost a significant and memorable leader a year ago, with the passing of Jack Vaughn, CHA.   This is a reminder that we all need each other to succeed.

Finding the Essence of Innovation in Creative Pairs 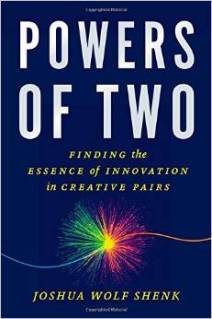 Cross links catch the attention of the online search engines via search engine optimization (SEO), but it also requires thoughtful planning and analysis.  Not every cross link makes sense, nor does simply a large number of cross-links add value

Because the hospitality community has so much to offer, we believe we have a perfect spot to include a link to your website for many hospitality entities

For the right match, we offer to cross link our sites @ HospitalityEducators.com and HoganHospitality.com., as well as a direct a hot link  to and from your website

Please go to the “Contact Us” page on our site, click on LINK EXCHANGE in the subject box, complete the basic information and submit. You will be contacted directly.

Our industry links include:

Feel free to share an idea for a column at info@hoganhospitality.com anytime or contact me regarding consulting, customized workshops, speaking engagements … And remember – we all need a regular dose of common sense.

John Hogan and Kathleen Hogan of HospitalityEducators.com on the Value of Cross Marketing on Phoenix Talk Radio

John Hogan is a successful hospitality executive, educator, author and consultant and is a frequent keynote speaker and seminar leader at many hospitality industry events.  He is Co-Founder of a consortium (www.HospitalityEducators.com) of successful corporate and academic professionals delivering focused and affordable counsel in solving specific challenges facing hospitality today. www.HospitalityEducators.com is a membership site offering a wide range of information, forms, best practices and ideas designed to help individual hoteliers and hospitality businesses improve their market penetration, deliver service excellence and increase their profitability. Individuals wishing to contribute materials may send them Kathleen@HospitalityEducators.com. Special introductory pricing is in effect for a limited time that also includes a complimentary copy of LESSONS FROM THE FIELD- A COMMON SENSE APPROACH TO EFFECTIVE HOTEL SALES.